The 2018 accounts of the MLMA have been filed with Companies House and are available on their web site and can be downloaded here.

The draft minutes of the 2017 AGM have now been published on the web site.

We hope to see you there.

The  minutes of the 2015 MLMA AGM have now been added to the website for you to view.

The minutes for the 2014 AGM have been published on the web site.

The minutes for the 2013 AGM are now on the website.

Change of Ownership at SouthDown

Southdown Quay has had a colourful and turbulent  industrial heritage. The area has been the site of chemical, soap and brick production.  In the 18th century it was the site of the Kings Brewery until 1835. In the 19th century sulphuric acid was manufactured at Cattewater from burning sulphur ore from Spain. The cinders were shipped to Southdown where Silver and Copper were extracted and the remaining iron ore shipped via other British ports to America.The old Southdown Brick Company finally closed in 1956 and some buildings and chimneys demolished in 1972. There have also been Explosive Compound Works and Gun Powder Production Works and there was a major fire in 1865 associated with these works.

More recent history has concerned the use of Southdown Quay as a Marina. That also has not been without its problems but after operating under a lease for several years, Shaun Huggins has now become the owner of Southdown Marina. He has invested and enhanced the Marina during this time and we wish him well in the future.

Several months ago the MLMA Board approached the Environment Agency with a view to removing the steps on the slip adjacent to the sluice gates. The steps have always proved troublesome when using a car to launch or recover a boat and several members have commented on this. The Agency proposed an inviting offer asking the MLMA to contribute only 10% of the costs. As well as removing the steps they agreed to lay a non-slip surface adjacent to the railings.

In early November 2012 work commenced.Wooden blocks had to be removed with a chain saw and the existing concrete prepared for the new surface. A great deal of drilling and dust!

Many thanks to the Environment Agency who provided the major part of the funds and to David Shorten and the Agency workers for carrying out the work.

The contribution from the MLMA has since been waived.

A letter of thanks has been sent on behalf of the MLMA and its members.

We are sad to report two cases of boat arson in recent months, both directed at craft owned by teenagers. Some malicious soul saw fit to set alight boats which gave a great of fun on the water. The first was in August at the Mill. Minor damage to a pontoon occurred and a new large wooden boat house was at risk.

On Saturday night  3rd November a small cabin boat was ignited near the beach area by the slip. Police have been informed and hopefully the culprit[s] will be caught.

This beautifully crafted ship rests on the Voyager Slipway

The original vessel was built by John Parkin at Cawsand in 1776.

This modern 5/6th scale replica is being built by

at the Voyager Boatyard near Millbrook.

For further details use the link 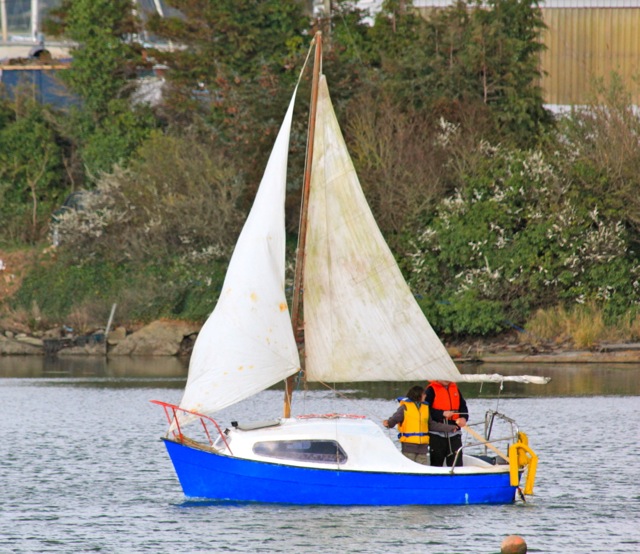 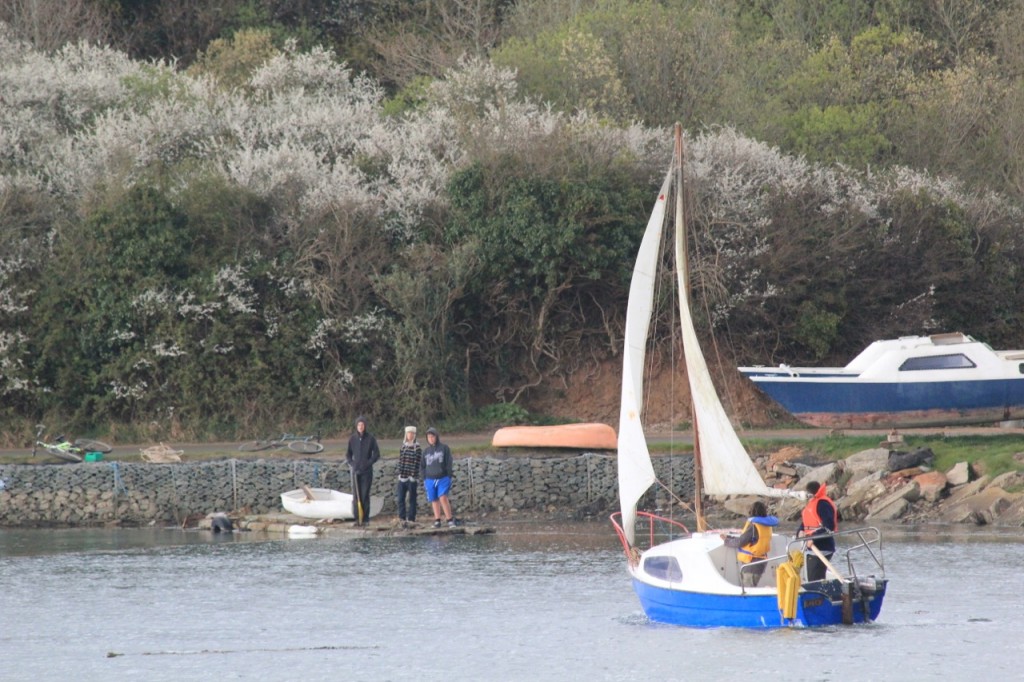 Jay Latona, a 14 year old Millbrook teenager was given an old boat last year and showing initiative and ingenuity and after a lot of hard work has transformed a near hulk into a serviceable if somewhat ‘Heath Robinson’ sailing craft. Using bits and pieces given by local people he and friends were able to make their maiden sailing voyage this week. A roller boom enabled Jay to fit a main to the size of the boat and the weather was kind.

But which boat? Jay’s own research and trailing the web myself confirms that the craft is a Salterne Sharky, a 16′ trailer sailor designed by Parkgates Marine Ltd,built by Waterside Plastics Ltd and sold by Salterns Yacht Agency of Chichester. Cost in 1971 £425.

The keel is a foot wide and there is a footwell inside the cabin which is inset within the keel. Jay feels that this can be used to house additional ballast.

A quote from a 2005 web blog ” Another similar boat built around the same time was the SHARKY which was to my mind the best of this class of designs. I have not seen one advertised in years which since they were built in fair quantity suggests that either their owners are very well satisfied with them or they have all gone to Davy Jones Locker.”

Here’s one into which Jay is breathing new life.

He has named the boat “LAKEY” 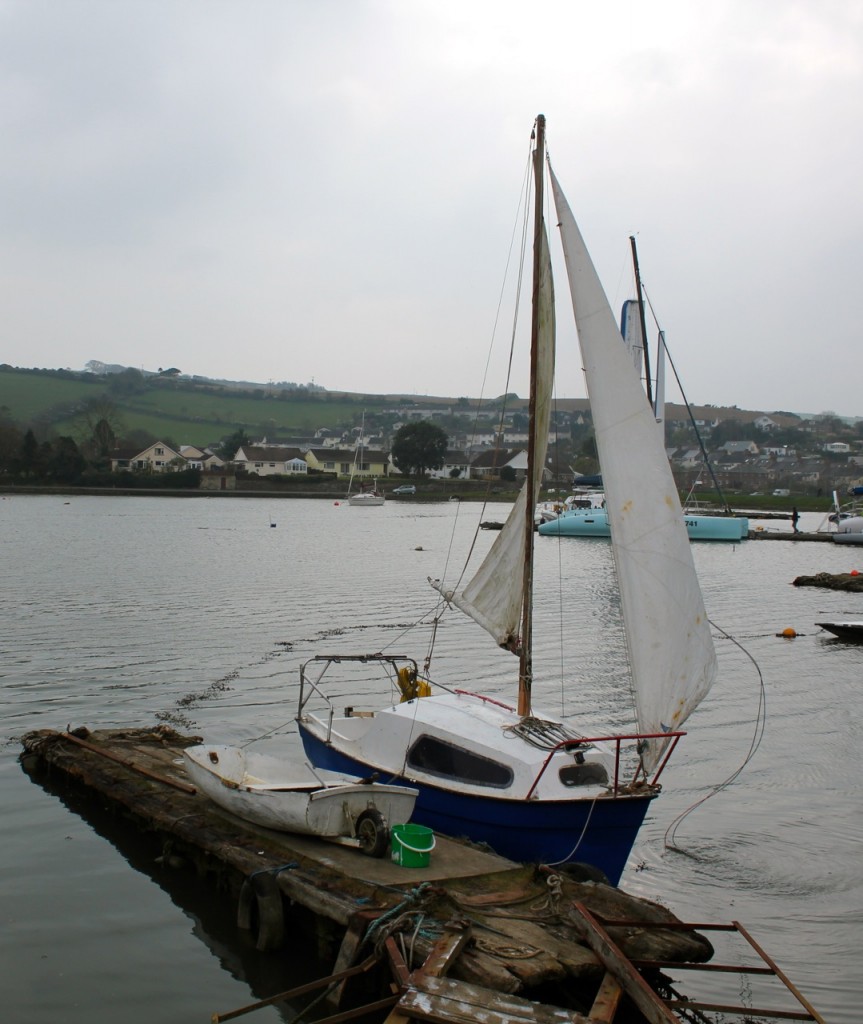